It’s easy to get lost in the solitude of the High Country. Its forests, mountains and rivers offer inspiration and relief from urban life. You can enjoy both from a well-placed rocker. Or you can leave the porch and experience them by riding behind a steam locomotive, hiking to waterfalls, exploring a mountain that’s more than 1-mile tall or visiting a small town filled with art. 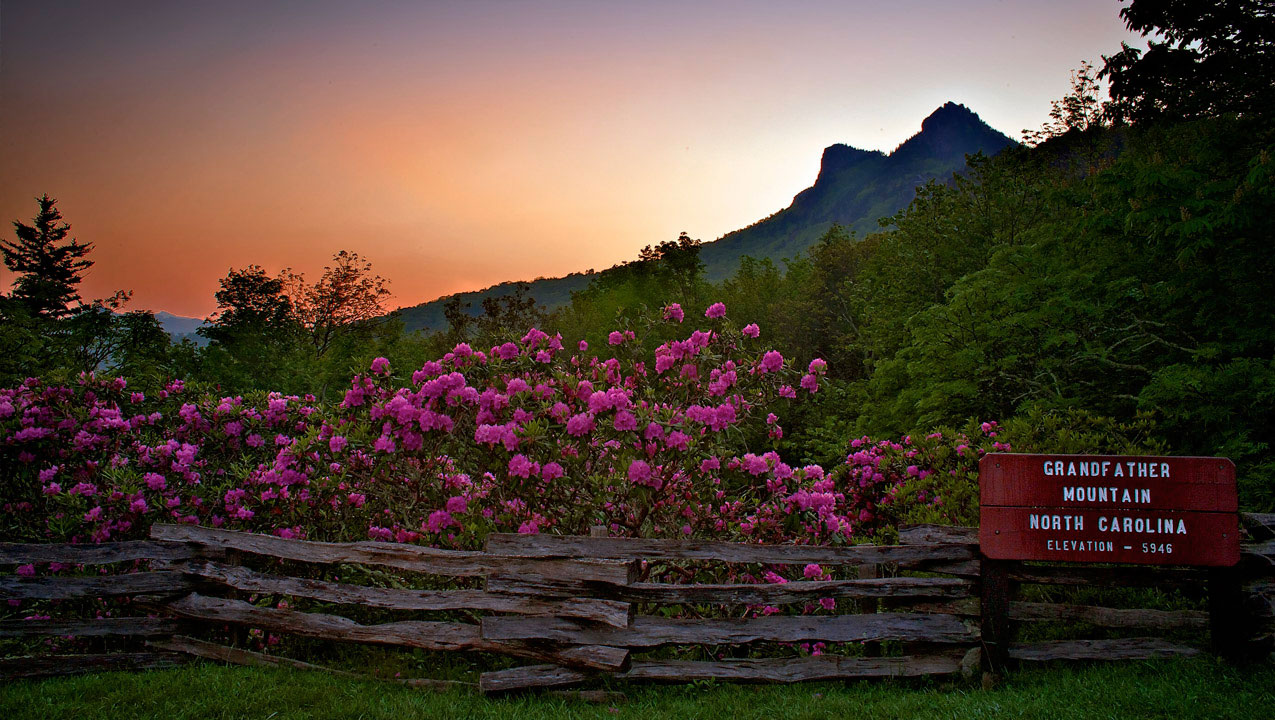 You’d probably drive up to Grandfather Mountain if its only attraction was the 228-foot-long Mile High Swinging Bridge. At almost a mile in elevation, it crosses an 80-foot deep chasm, opening access to Linville Peak and its panoramic views. But there’s so much more to see here. There’s a museum that shares the story of the mountain’s 70 rare, threatened or endangered plants and animals. North America’s largest amethyst and exhibits dedicated to the mountain’s earliest visitors, including Daniel Boone, are here, too. Spacious enclosures of natural habitat offer looks at former mountain inhabitants, such as cougars, and current ones, including black bears and river otters. Eleven trails amble through wildflowers, trek to peaks and pass picnic spots. Adjacent Grandfather Mountain State Park has difficult backcountry trails for experienced hikers. Regardless of what you choose to do, bring extra clothing. The weather here changes quickly. 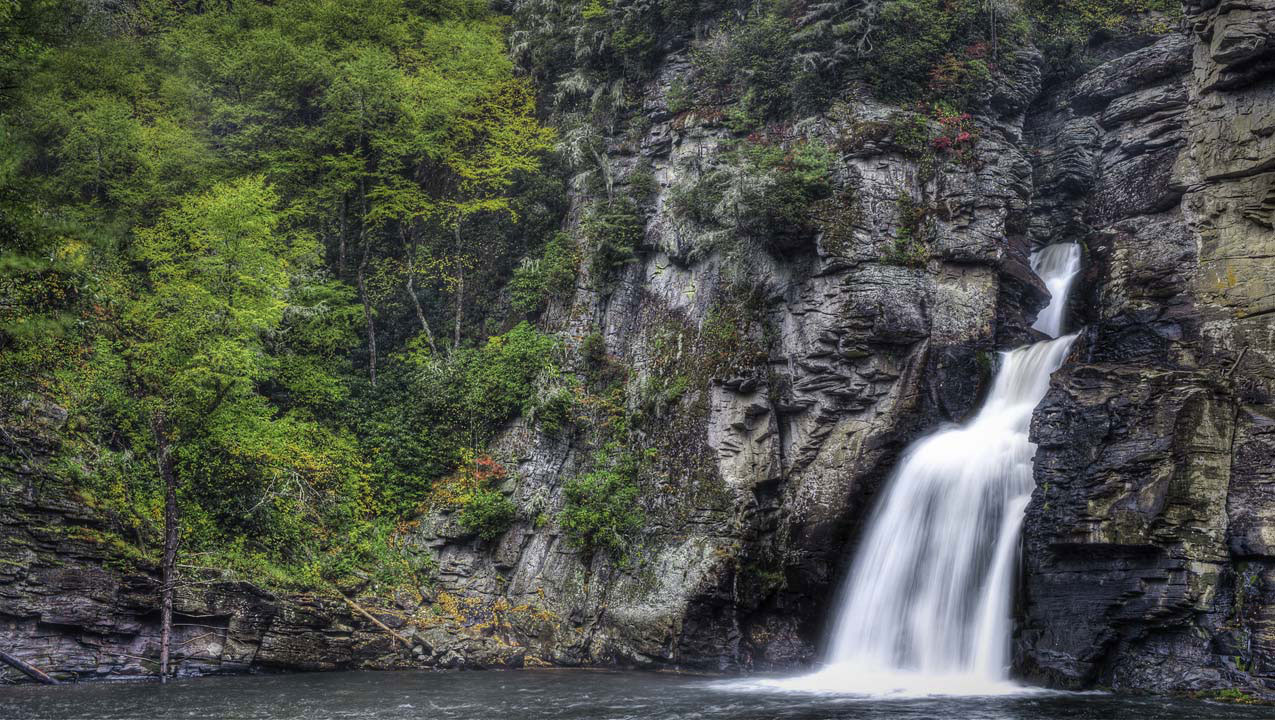 Film buffs will find Linville Falls familiar, because one of its two waterfalls had a starring role in the 1990s movie Last of the Mohicans. The best views of the waterfalls, believed to be the most photographed of any in the state, are from the four overlooks on the 1.6-mile Erwins View Trail, which starts at the Linville Falls Visitor Center at Blue Ridge Parkway Milepost 316.4. It’s a moderate hike to the first, where the upper fall is visible, that becomes strenuous by the second, where you can see the lower fall, too. The trail ends at Erwins View Overlook, where you’ll see Linville Gorge — Grand Canyon of the East — and both falls. Bring a picnic, your dog on a leash and your camera, but not your swimsuit. Swift river currents make the water off limits. 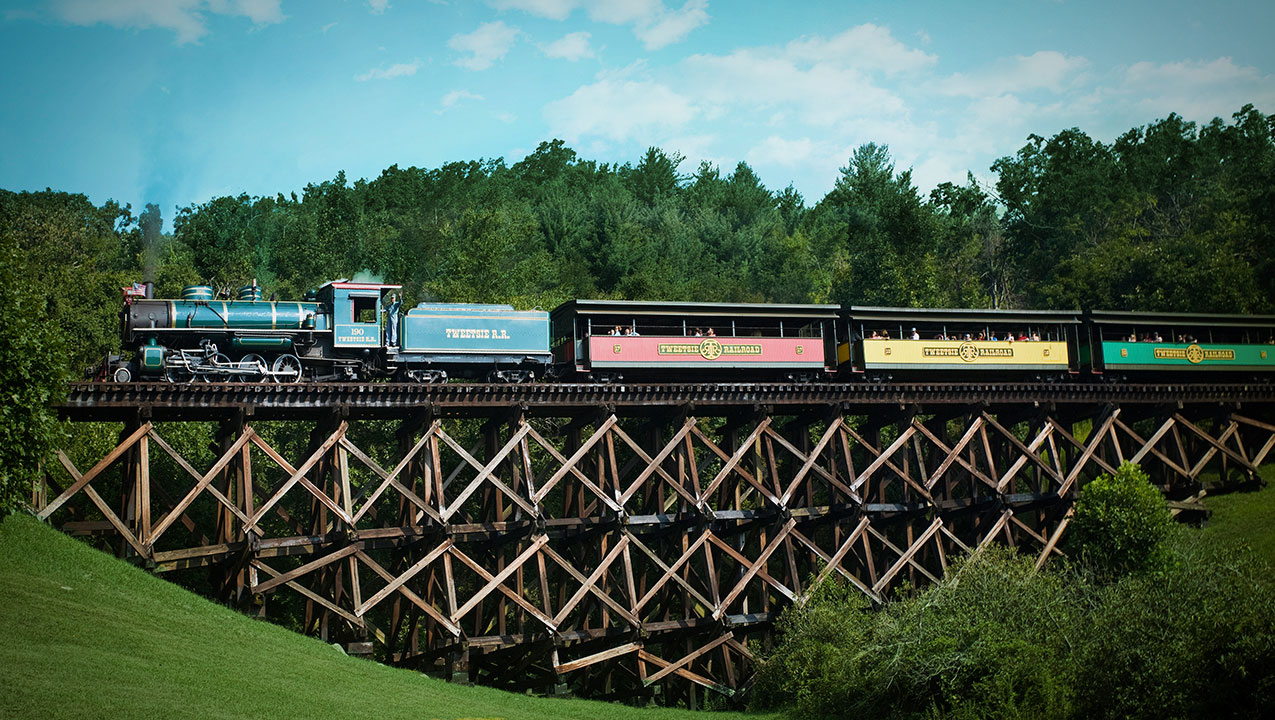 Locals named Tweetsie Railroad after hearing its steam locomotives’ whistles, which have been calling train buffs and young families to this frontier-themed amusement park since the late 1950s. Two narrow-gauge locomotives, including No. 12, which was used by the railroad that serviced nearby Boone and later belonged to movie cowboy Gene Autry, take you from the entrance to the farthest point on the adventure-filled 3-mile loop, Miner’s Mountain. It’s accessible by chairlift and walking paths. In between you can hop on a Ferris wheel or other rides, feed animals and watch live entertainment. Scooby-doo, Thomas The Tank Engine and others make special appearances throughout the season that starts in mid-April. 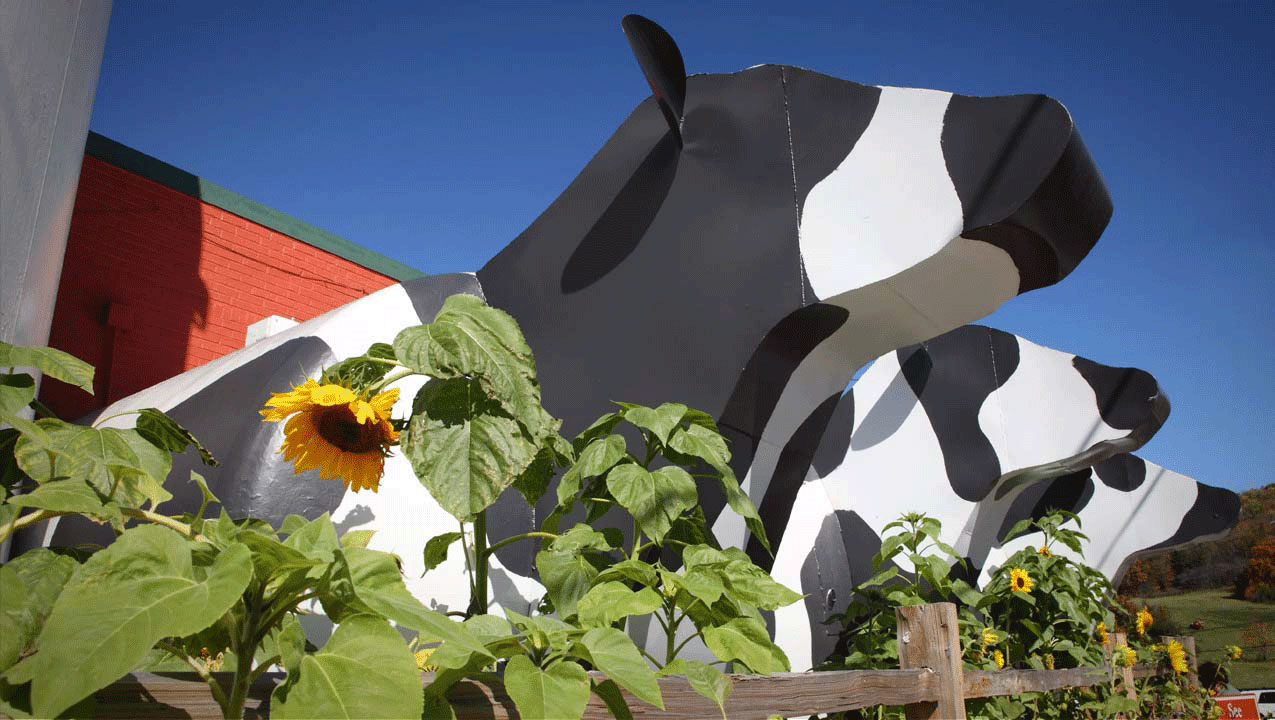 Artists draw inspiration from the High Country’s beauty. World-renowned artist Benjamin F. Long IV added to it. Three of his frescoes are at St. Mary’s Episcopal Church, one stop on the Benjamin F. Long IV Fresco Trail and the West Jefferson Arts District. Stroll this small mountain town’s streets and find the 15 murals that depict life and geography here. Local artists fill more than 20 galleries with their works: textiles, photographs, paintings and sculptures. Before you leave, visit the Ashe County Cheese Company and watch artisans make cheese, including a Southern rarity and Northern staple, cheese curds. They squeak when chewed and are part of proper poutine, the French Canadian gravy fries appearing on more menus.